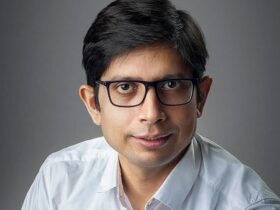 REVOS was co-invested in by Union Square Ventures and Prime Venture Partners. The new cash will be used to expand the startup’s technical staff and distribute electric vehicle chargers around the country.

REVOS, an EV infrastructure company, has received a $4 million Series A investment from Union Square Ventures and Prime Venture Partners to finance the global development of its peer-to-peer EV charging infrastructure and Smart EV platform for two- and three-wheelers.

The new cash will be used to expand the startup’s technical staff and distribute electric vehicle chargers across India.

Sanjay Swamy, the Managing Partner of Prime Ventures, explains why they opted to invest in the business now: “EV is at the verge of the initial stage in India – and we all know that the big potential will be in electric two-wheelers.” These are two-sided challenges, similar to our experience with mobile recharge and digital payments, where cars justify the existence of charging stations and charging stations justify the purchase of vehicles. We’re seeing a lot of state subsidies and OEM pushes to produce vehicles, so we think we’re on the verge of something big.”

When it comes to their money, “Globally, we are at the beginning of a major shift to EVs,” Union Square Ventures Managing Partner Albert Wenger said in a statement. It is critical for fast-growing countries like India, China, and Africa to substantially accelerate the adoption of electric vehicles. An operating system (OS) and a charging network are both required to make this possible. We’re happy to announce our investment in REVOS, which has already licenced its OS to several OEMs and is rapidly developing its BOLT charging network. REVOS is USV’s first financing in India, and we’re excited to embark on this new path alongside Prime Venture Partners.” 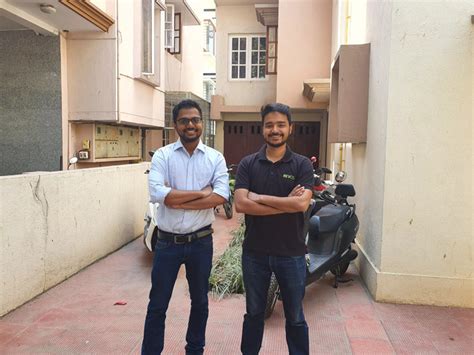 The company aspires to be an “Android for EVs,” allowing EV makers to integrate smart mobility features on top of REVOS’ software. REVOS has been installed on 10,000 devices (EVs + chargers) in 30 OEMs throughout India, China, Vietnam, Nepal, and Egypt since its introduction in 2019. The firm intends to debut in Europe and other regions of Southeast Asia shortly.

Jyoti and Mohit were classmates at BITS Goa and have been friends for almost a decade. “After college, both of us were interested in riding motorcycles and would frequently go on bike excursions together. During these journeys, we encountered the issues that any two- or three-wheeler rider has, such as severe traffic, pollution, and the inability to access GPS, calls, or music while on the move,” Mohit says.

Mohit left Adobe in 2017 and Jyoti left a food delivery firm to start thinking about a smarter, cleaner, and greener way to use their cars.

Following a brief review of two- and three-wheelers, the duo discovered that China was well ahead of the rest of the globe in terms of EV adoption. The market there was not like what we see in the typical automobile business today.

“We discovered that over 3,000 OEMs were producing Evs and that the industry was growing similarly to smartphones, with multiple hardware players and assemblers but no common operating system. In 2017, Tesla also unveiled the Model 3, signalling that electric vehicles were on their way to becoming a reality. Looking at Tesla’s products and EVs in general, it was apparent that software would be a significant differentiator when it comes to EVs,” Mohit continues. 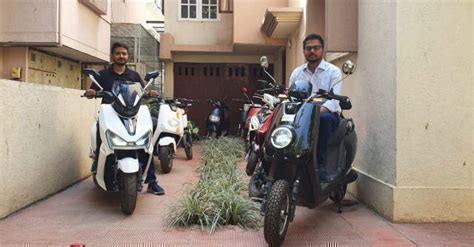 They saw that, in comparison to vehicles, two- and three-wheelers had little to no innovation. In micro-mobility, basic functions like navigation, phone-based control, and music were essentially non-existent.

They also noted that all improvements in vehicle software were taking place in industrialized nations where two- and three-wheelers were not the primary mode of transportation. As a result, if this industry was to innovate, it would have to be driven by firms and individuals from developing markets.

After several trips to China, the team spent two years developing the OS, which is still the market leader in the production of electric vehicles. To integrate their protocols with the OS, the team formed partnerships with key Chinese businesses.

“Now that we’re seeking to ‘Make in India,’ similar efforts have been made for Indian producers. This big integration endeavour provides us with a huge head start, and to put it another way, nearly all of the components (from various manufacturers) that go into an electric vehicle can now be connected with minimum effort,” adds Mohit.

The team released its OS solution in January 2020, and it has since been deployed in over 1,000 automobiles across the world. The team also mentions that its peer-to-peer charging network is expanding at a rapid pace, with thousands of chargers in over 60 locations throughout the country.

“While COVID-19 influenced our software deployment in EVs, we’ve rebounded back stronger with the addition of a peer-to-peer charging network,” Mohit says.

In India, the electric vehicle market is rapidly expanding. By the end of 2021, Ola Electric will have produced its first batch of 2 million electric vehicles (EV) scooters, kicking off India’s green revolution. In terms of Ather Electric, there is also rivalry.

“REVOS has created some incredible solutions, including an ultra-low-cost peer-to-peer charging network that works similarly to a mobile recharge network and a strong operating system for electric two-wheelers that OEMs can licence. We backed this team and company because of the mixture of the two technologies, as well as their OEM agreements and solid IP,” Sanjay explains.