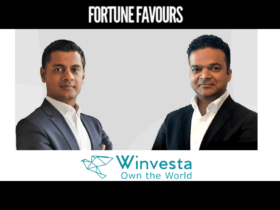 Listen to the audio version

What is Polygon (previously known as Matic Network)?

Polygon, formerly known as the Matic Network, is a framework for constructing blockchain network linkages. It tries to solve some of the problems that Ethereum is now facing. Scalability, hefty transaction costs, and sluggish transactions are all problems. Polygon uses a novel sidechain solution to try to fix this.

Polygon is meant to be a full platform, rather than merely a shared layer 2 scaling solution like its predecessor Matic Network (which employed a technology called Plasma to execute off-chain transactions before completing them on the Ethereum main chain). It is also intended for the unrestricted deployment of blockchains.

Polygon enables developers to build pre-configured blockchain networks that are suited to their specific requirements. Developers may further tweak these with an increasing number of modules, allowing them to construct independent blockchains with more specialized features.

How does Polygon (Matic) work?

Polygon’s Matic Sidechain functions similarly to any other PoS-based blockchain, with its infrastructure, token, user nodes, validator nodes, native dapps, and so on, with the exception that transactions are eventually batched and resolved on the Ethereum mainchain.

The Matic sidechain may be seen as its tiny interoperable network, part of the larger Ethereum cosmos, that provides consumers with improved performance and user experience. Every decentralized application created on Ethereum or another Ethereum-compatible blockchain may be transferred to the Matic Sidechain and run in a significantly faster setting there. 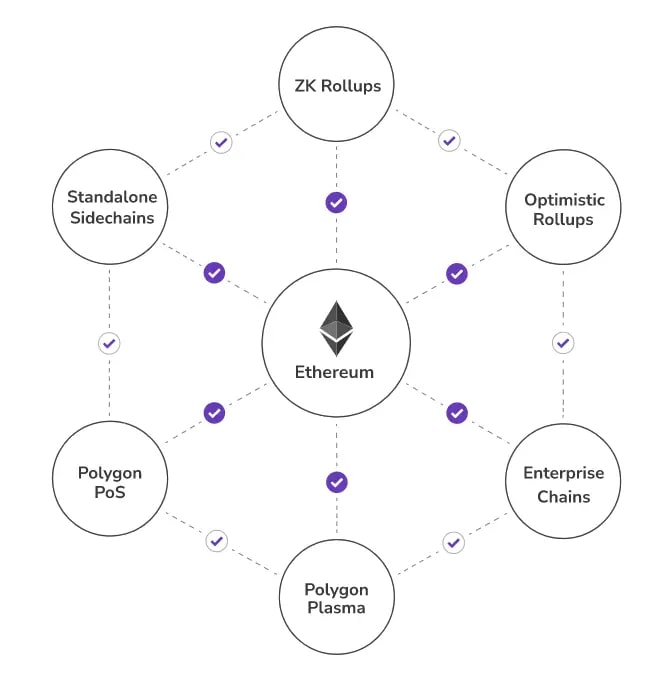 Polygon is tackling two of Ethereum’s most serious flaws: scalability and transaction throughput.

Polygon is designed to be an extensive protocol and framework for deploying interoperable blockchains, rather than offering limited scaling solutions like its predecessor Matic—which used a technology called Plasma to create configurable ‘child’ blockchains to process transactions off-chain before finalizing them on the main Ethereum chain.

Scaling is Ethereum’s oldest and most intractable issue. The present transaction throughput capabilities of Ethereum are woefully inadequate to meet the community’s rising expectations. DeFi is rapidly growing, and because much of it is built on Ethereum, the protocol has to expand as soon as possible because current transaction fees are pricing out the great majority of users.

When it comes to scalability, blockchains can adopt one of two approaches:

1. Scale the mainchain, or protocol layer one, where projects are often forced to pick between several trade-offs and make certain tradeoffs in decentralization, scaling, or security (aka the blockchain trilemma)

2. Alternatively, utilize side chains (layer two) that operate on top of the mainchain to offload part of the work and therefore relieve congestion on the main chain.

In this regard, Ethereum’s strategy is to scale in both directions at the same time, i.e., scale on layer one by implementing sharding and transitioning to a proof-of-stake consensus mechanism (Ethereum 2.0), and also scale on layer two by using sidechain solutions like the one Polygon is developing.

The Ethereum network can expand considerably and effectively thanks to the Matic sidechain, all while maintaining its decentralization. Sidechains provide low-cost, near-instantaneous transactions that are eventually resolved in batches on the mainchain, allowing them to make use of the mainchain’s strong security without sacrificing performance.

The MATIC token (ticker: MATIC) is used in the Polygon ecosystem for a variety of purposes, including paying transaction fees (similar to how ETH tokens are used to pay gas fees on the Ethereum mainchain), making a contribution to security through staking, and voting on Polygon Improvement Proposals to participate in the protocol’s decentralized governance (PIPs).

The MATIC token currently has a circulating supply of 6.3 billion units, with a total supply of 10 billion units (hard cap). Users can also use the network’s various token swap and exchange protocols to transfer the MATIC token to other assets transferred on the Matic Sidechain.

Polygon is available to buy on various cryptocurrency exchanges like Binance, Coinbase, WaxirX (recommended for Indian users), AAX and many more. 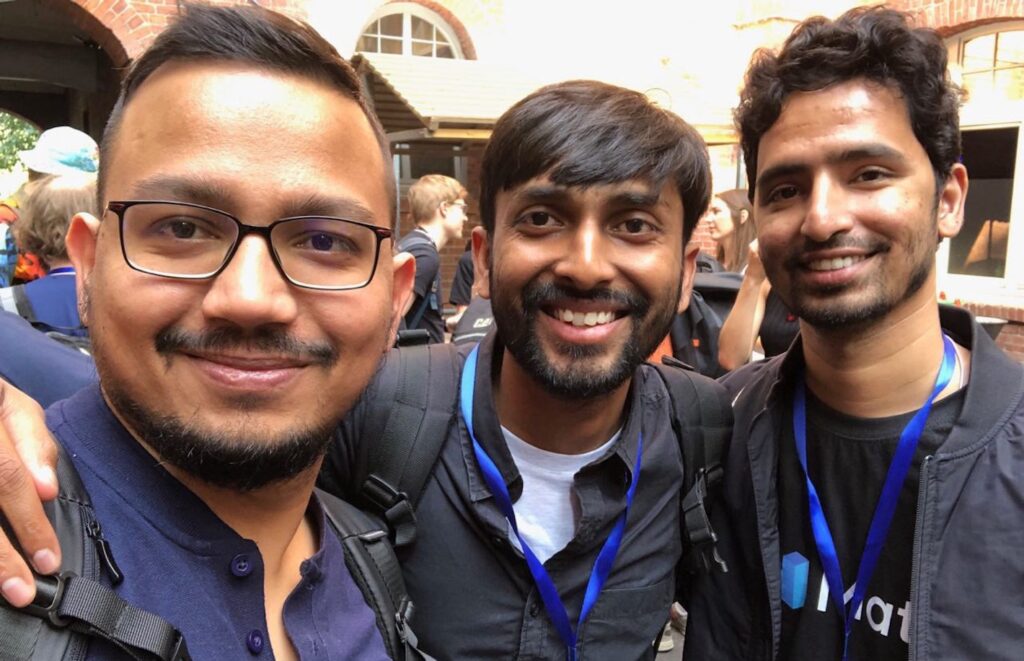 Jaynti Kanani is a blockchain engineer and full-stack developer who has worked on several noteworthy projects, including Web3, Plasma, and WalletConnect.

Sandeep Nailwal is a blockchain programmer, entrepreneur, and co-founder and CEO of ScopeWeaver, a company that offers blockchain consultancy and solutions. 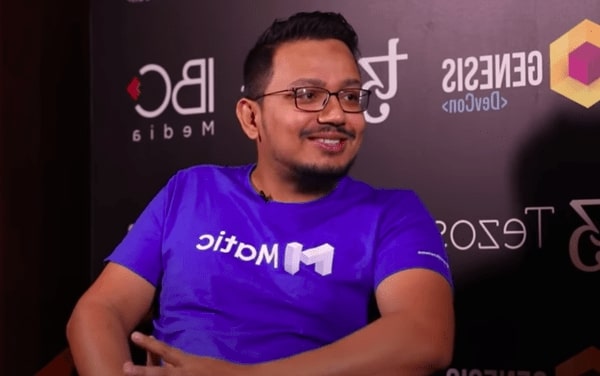 Sandeep Nailwal, an engineer turned entrepreneur, was born in Delhi in 1994. Sandeep finished his formal education in the field of engineering, receiving a bachelor’s degree in computer science and a master’s degree in business administration in the fields of technology, finance, and supply chain management from NITIE.

He began his work as a software engineer at a Computer sciences firm, specializing in design and development after finishing his formal schooling.

After finishing his internship at Deloitte, he worked as a consultant for the firm for almost a year, aiding with capacity improvement projects and programme management.

Progressing on to the position of Head of Technology and Supply Chain in the Welspun group, where he was in charge of their eCommerce department, where he developed the eCommerce portal with various important UX functionalities as well as planning and executing the company’s online presence on sites like flipkart.com and Amazon.com.

He was also in charge of the development of AR technology and how it might be used with eCommerce to provide a better service to the customers while in this position.

In March 2016, he decided to step up his game and launch Scopeweaver.com, a company that developed decentralized apps for business use. However, the scalability didn’t go as planned, and he pivoted to another venture a year later, launching the much-discussed “The Matic Network,” now known as Polygon.

The polygon is a network based on the Ethereum blockchain on which users may create decentralized apps that function on proof of stake rather than proof of work like bitcoin does. The Matic is an internal token that, according to the website, will continue to exist and play a significant part in network scaling.

The Matic network grew in popularity quickly, but it wasn’t easy. According to an interview, the cofounders and Sandeep had to raise a large sum of money just to raise awareness of blockchain technology and what Polygon or Matic is. They also had to participate in nearly 300 hackathons in colleges. The developers were unwilling to collaborate with them since the environment around cryptocurrencies in India is unfavourable, posing significant hurdles.

Nonetheless, that did not deter them, and they became India’s first crypto millionaires. 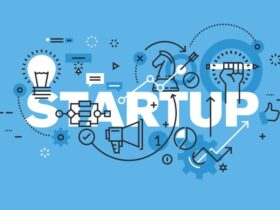 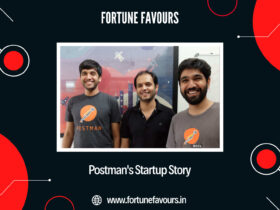 When a solution to a personal issue becomes a solution for the whole community: Postman’s journey 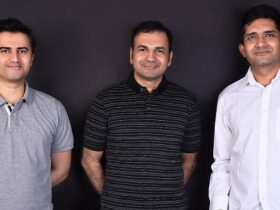 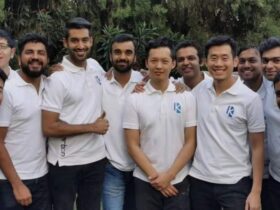