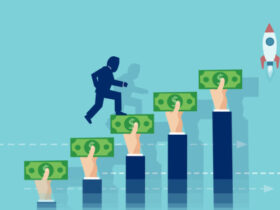 Imagimake raises Rs 4.4 Cr in pre-Series A round

After raising the funds of about 188 million USD from the series F funding round, the Gurugram based startup Urban Company became India’s latest company to enter the unicorn club earlier this week. Prosus led this investment round.

The startup has its reach in international markets too which includes countries like: Singapore, Dubai, Australia and Abu Dhabi.

Initially the company was named as Urban Clap, afterwards in 2020 they rebranded itself as Urban Company to cater International market.

Urban Company is backed by marquee investors such Tiger Global, Accel, and Elevation Capital (formerly known as SAIF Partners), among others. Ratan Tata and Kalyan Krishnamurthy are among the leading angel investors.

Urban Company joins the unicorn club becoming 12th unicorn from India which is having a $1 Billion valuation club.

Eight of these unicorns emerged in the month of April itself.

In March 2021, Urban Company Co-founder Varun Khaitan told PTI in an interview that it aims to onboard over 20,000 professionals on its platform this year to meet the strong growth in demand for various services post the lockdown. Currently, the company has more than 40,000 gig workers on its platform, of which over 35,000 are present in India. Of the total base of gig workers on the platform in India, more than one-third are women working as beauticians and massage therapists.