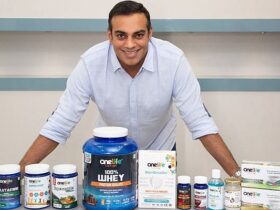 A dental practice software startup, CareStack which is based in Thiruvananthapuram has raised $22.5M and will channelize the funds to expand operations and acquire talent.

This funding round includes the participation from SteadView Capital, Delta Dental of California, Accel Partners, Eight Roads and F-Prime Capital.

According to CareStack it had raised $28 Million in 2019, and now by adding this fresh funds it has raised a total of $60 Million.

CareStack had raised $28 million in 2019, and with this fund raise it has raised a total of $60 million.

CareStack, CEO and Co-founder Abhilash Krishna said dental practices have faced many difficulties when it comes to managing the daily operations with multiple software,

CareStack provides the facility to move away from the daily hassle of using multiple fragmented solutions and manage everything through one complete modern dental software.

Adding to it he said, we want to transform the dental industry and enable offices to operate at its highest potential with increasing the third party integrations and advanced workflow automation capabilities.

The company has seen massive growth after its last funding round, they have doubled its revenue in 2020 and its global workforce at 370 employees. The startup aims to double its team and revenue by four times.

The Saas based company CareStack offers a holistic solution to manage all the activities of dental clinics which includes appointments, treatments, claims, payments, patient communication, reporting, and analytics. Their main focus is to elevate patient relationships and gain more time to focus on patient care and practice growth.

An investor in CareStack and CEO of Freshworks, Girish Mathrubootham said,”it is great to see an Indian based Saas startup became a market leader on focusing a global problem and after this funding round it is indicated that CareStack will achieve an impressive value of growth in a long run”.